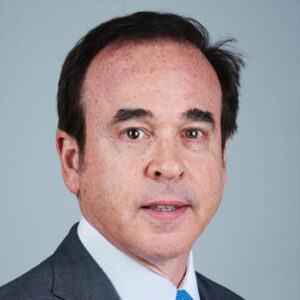 Eric Gertler is the Acting Commissioner and President & CEO-designate of Empire State Development (ESD), New York State’s chief economic development agency. He has been a board member of ESD since June 2018, when was appointed to his current position by Governor Andrew M. Cuomo in August 2019.

Gertler serves as Executive Chairman of U.S. News & World Report, the nation’s leading news authority on rankings, and is managing member of Ulysses Ventures, a multi-strategy investment fund based in New York City. Previously, he served as Executive Vice President of the New York City Economic Development Corporation and as Managing Director of the Center for Economic Transformation under multiple mayoral administrations, where he was responsible for spurring economic development by overseeing more than 100 initiatives and directing hundreds of millions of dollars of city investments into the local economy. Among these initiatives, Gertler spearheaded the City’s $150 million life science fund and associated programs to accelerate the life sciences industry in New York City, oversaw development of the City’s tech platform digital.nyc and expanded the BigApps civic competition.

Gertler is a published author and has written and spoken extensively on key policy issues and economic development priorities ranging from urban and state matters, workforce development, infrastructure investment, technology advancement and entrepreneurship and innovation.

Gertler is a trustee of the Zuckerman Institute and Zuckerman Family Foundation, and previously served on the boards of Columbia University’s Zuckerman Mind Brain and Behavior Institute, Technion – Israel Institute of Technology, Tel Aviv University and the Weizmann Institute of Science. He was a member of Young Presidents’ Organization (“YPO”), previously serving as the Chair of its New York Metro chapter, and is the former Chairman of the American-Israel Friendship League. From 2015 to 2017, Mr. Gertler served as Co-Chairman and Co-Publisher of the New York Daily News. He began his career as an attorney with Skadden, Arps, Slate, Meagher & Flom.

A graduate of Brown University, Mr. Gertler holds degrees from the Sorbonne at the University of Paris, Institut D’Etudes Politiques in Paris and a law degree from American University, where he served as editor-in-chief of the Law Review.